fall chores in the bee yard 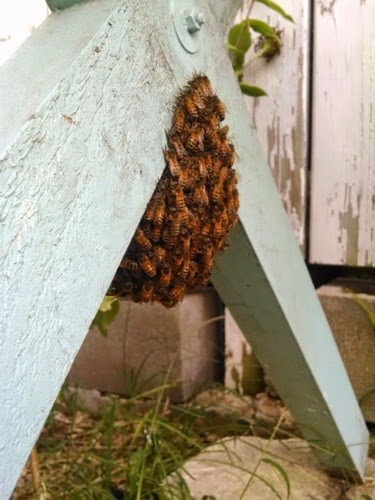 On Sunday, I discovered a tiny swarm had landed in my back yard, hanging on to the bottom of my top bar hive.

Several times during the day the back yard had been filled with bees- flying every which way.  This is unusual for my bees.  Their "flight school" lasts a short period of time and is centered around the hive entrance, but these seemed be be like bee storms.  I suspected I might have a swarm, but I wasn't at home to witness either one, so I when I got home, I walked around the yard to check out what had happened and spotted this cluster immediately. 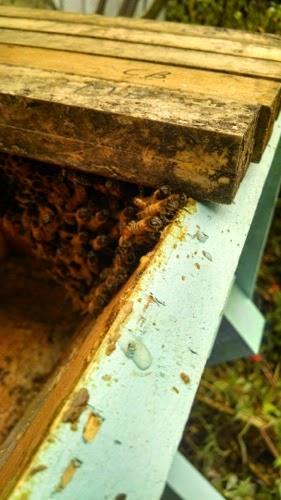 As I knew a cold front was expected to come roaring in- with temps in the 40s and thunderstorms, I knew I needed to act quickly, because the bees would be dead in the morning.  I took my bee brush, flicked them into a plastic shoe box, and put them in the back of my top bar hive.  In the morning, they looked like this- all tucked into a corner, just hanging out:

After I talked to my bee mentor, we figured out that this late swarm didn't seem to have a queen, and since both of my hives were full of brood and eggs, they didn't come from either of my colonies, so he recommended that I spray both the small colony in my tbh and the swarm with lemongrass-scented sugar water, remove the divider, and let them merge.  So I did.

When I was checking my langstroth hive, I spotted the queen (can you see her below? She is in the bottom center of a cluster and has a naturally blackish, hairless thorax, where the other bees are fuzzy and golden) laying eggs, so I knew the swarm hadn't come from that hive.  The honey stores for both my hives are very low, so I made some heavy sugar syrup, to start feeding them. 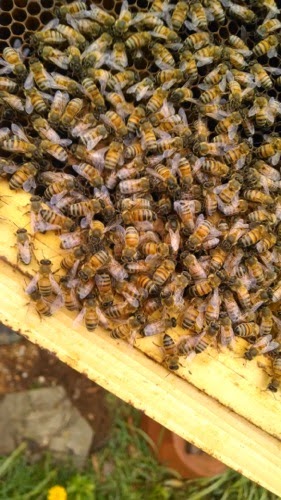 This morning I took the top super off of the langstroth (because there was no brood, honey, or anything but bees guarding small hive beetles in "jail" in this super), pitched the lighter syrup, and refilled it to begin feeding them heavily as we head into cooler weather.  I'll continue to keep the feeders in both hives filled with 2:1 sugar:water syrup over the winter.  Summer syrup ratio is 1:1, so this will help build up their stores.


And here's my little langstroth hive, ready to snuggle in for the winter. It's been an interesting bee season this year.  I've had a lot of swarming and learned so much.  My mentor has moved away and is now a phone mentor rather than a physically-show-me-mentor, but I've learned a lot by working on my own. 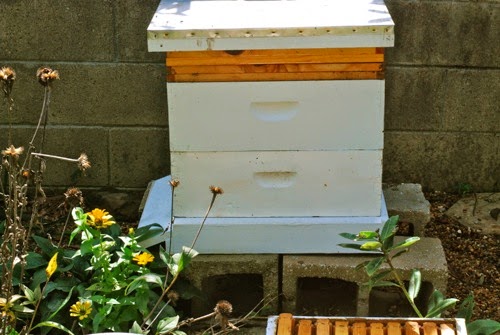 I'm making a list of what I'll need for next bee season: a swarm catcher, since I had no less than four swarms in my back yard this year, another bee suit (or at least a jacket and gloves) for visitors and helpers.  I hope that if you're interested in bees, my bee adventures have fueled your desire to keep bees!
Posted by bridgmanpottery at 11:30 AM 2 comments: 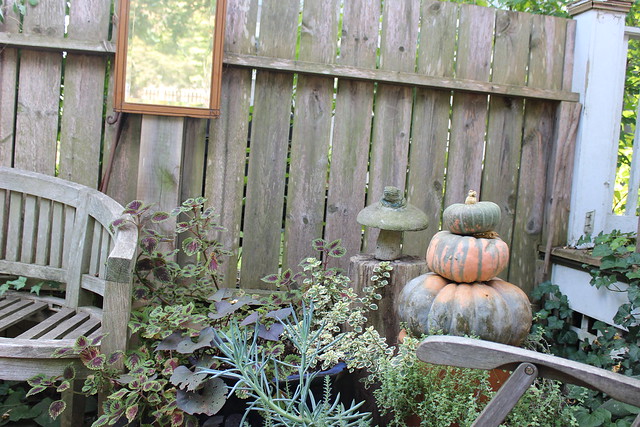 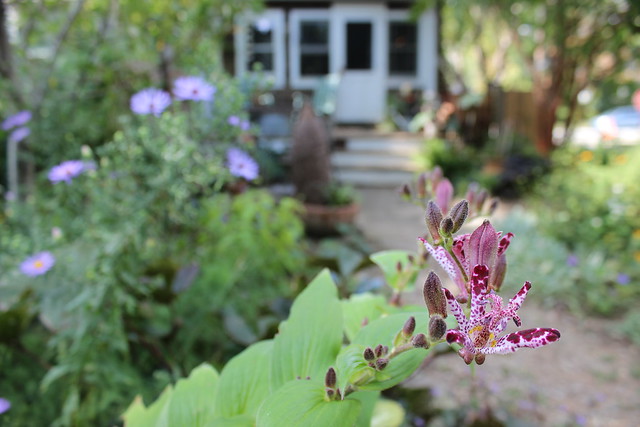 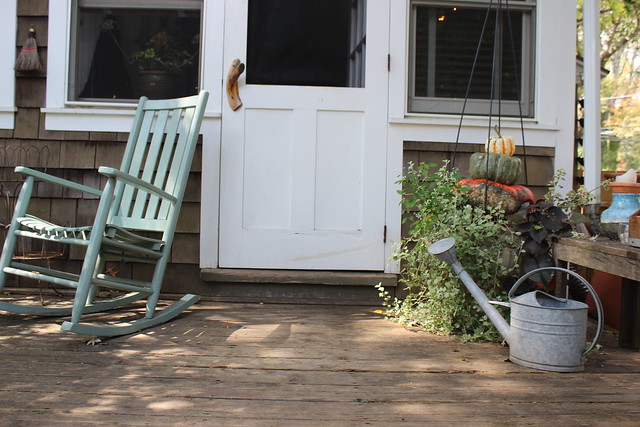 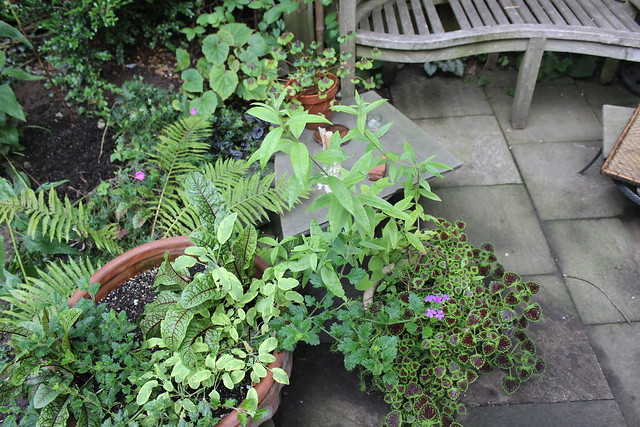 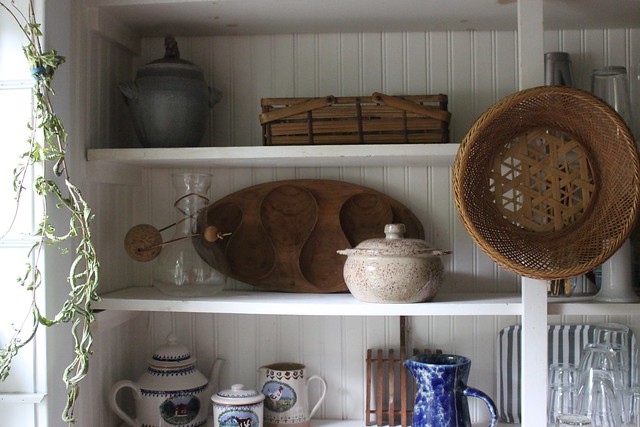 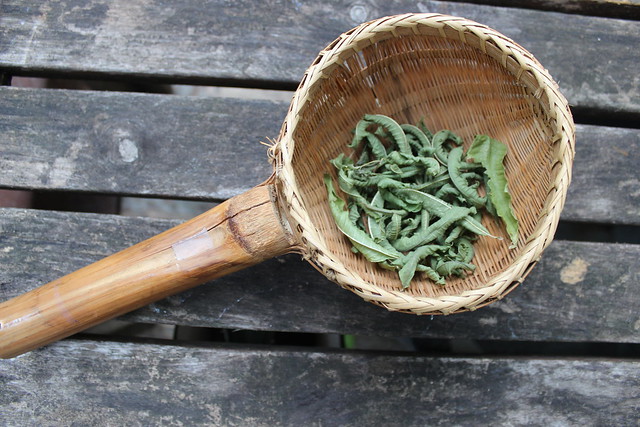 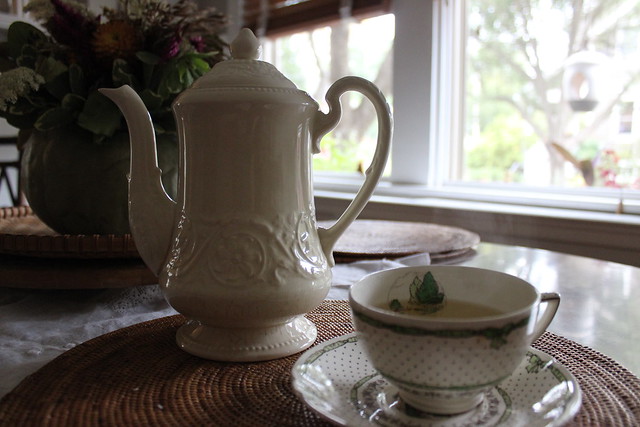 Although autumn is here in full swing, my garden is still full of life and abundance. We have yet to have our first frost, so there are still cherry tomatoes on the vine. Greens such as swiss chard and lacianto kale are growing prolifically amongst the blooming asters and toad lily and there is still quite an abundance of parsley making it's way into many a meal these days.

Another herb that is still growing strong is lemon verbena, an herb that I most recently fell in love with. I have my neighbor to thank for that who gifted me a little brown bag of homegrown lemon verbena tea for Christmas a few years ago. That spring it was the very first plant I bought at the nursery and I find that each year I buy a few more plants than I did the last. I tuck them in to as many pots and planters as possible amongst other herbs and annual flower. I love it's bright green leaves and it's spindly, trailing habit.

I use the leaves fresh in both iced and hot tea throughout the summer and in late summer I begin to dry the leaves to store a way for winter. A few weeks ago we were threatened with some cold night time temps. Since lemon verbena is an annual I pulled a few plants from my pots and hung them in my pantry to dry.

Because the leaves are a bit more dry and tough compared to mint or basil, lemon verbena dries quickly. Simply hang in a dry, cool place. In about 7-10 days strip the leaves from the stem and store in an airtight container. To make tea , simply place a handful of leaves in a teapot, cover with boiling water and let steep for 5 minutes. I like my tea with honey but it's also delicious plain both hot and cold.
Posted by amy at 6:45 AM 2 comments:

I  have a lot of succulents that needs to find new pots. Making your own planters is fun and doesn't take much time. Just need to have everything ready.

So you will need :

Concrete, I use a mix that you can get anywhere... Of course than you can start to play and add colors, materials...

A large bowl to mix the concrete

A little water ( for the concrete ) 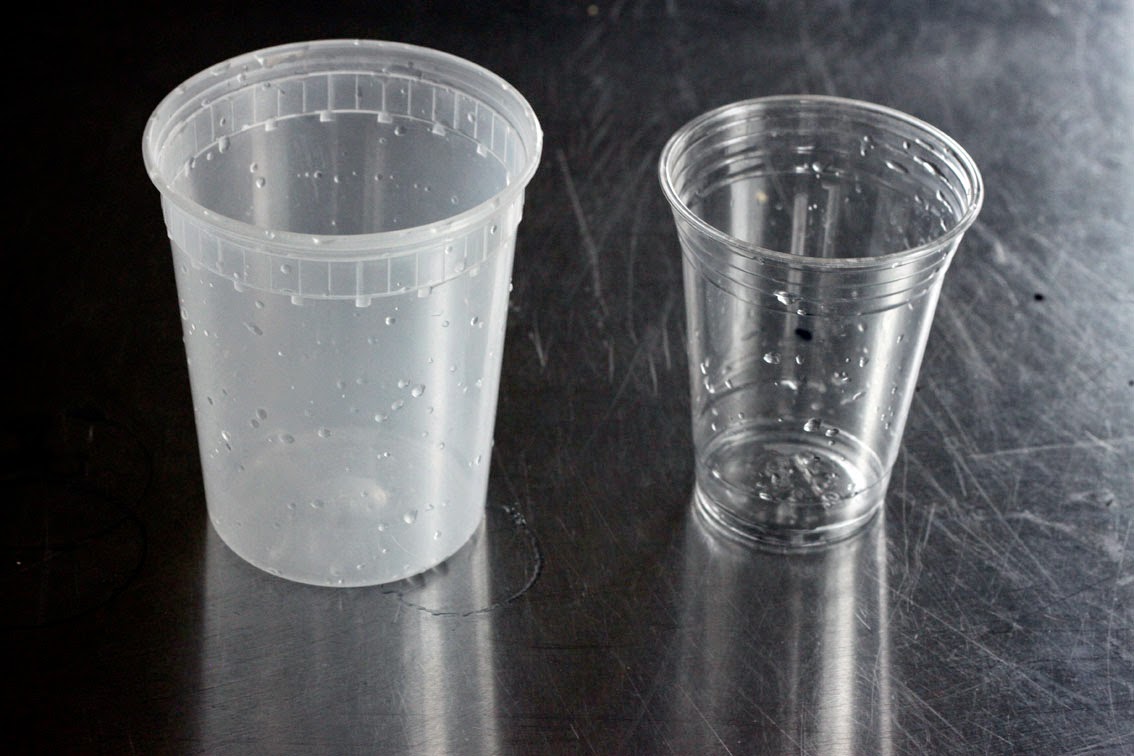 Here are the plastic containers I used. You will need to find some that are soft, it makes it easier to get the planter out... 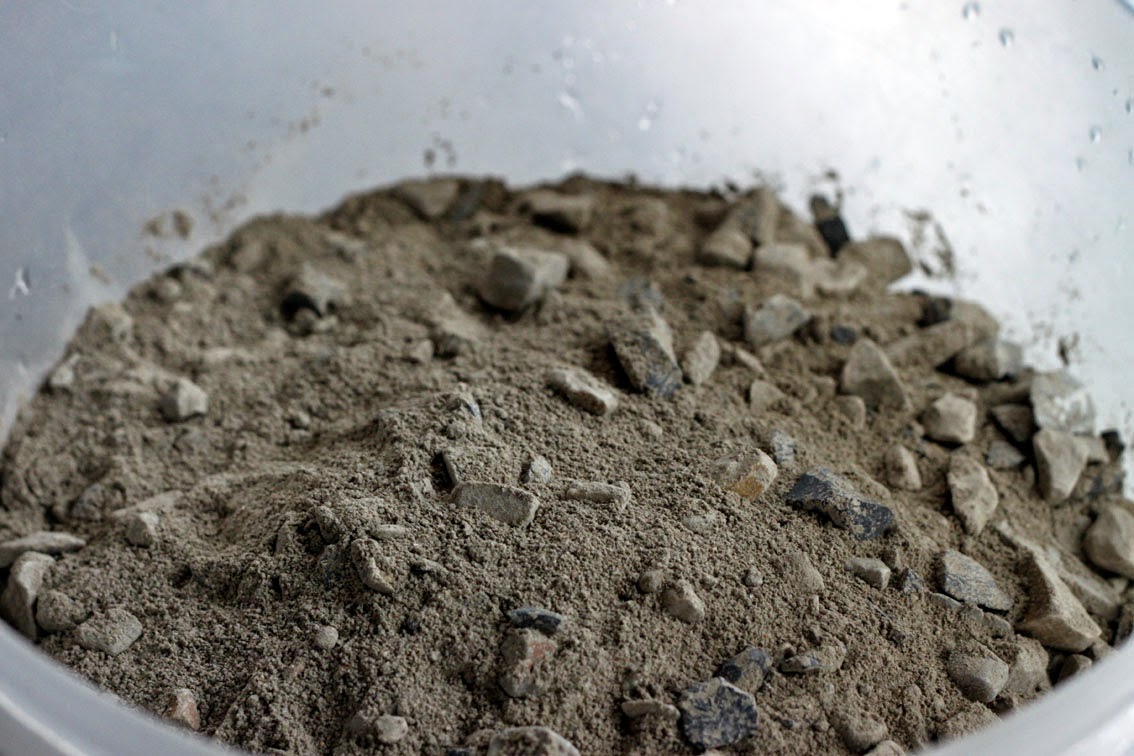 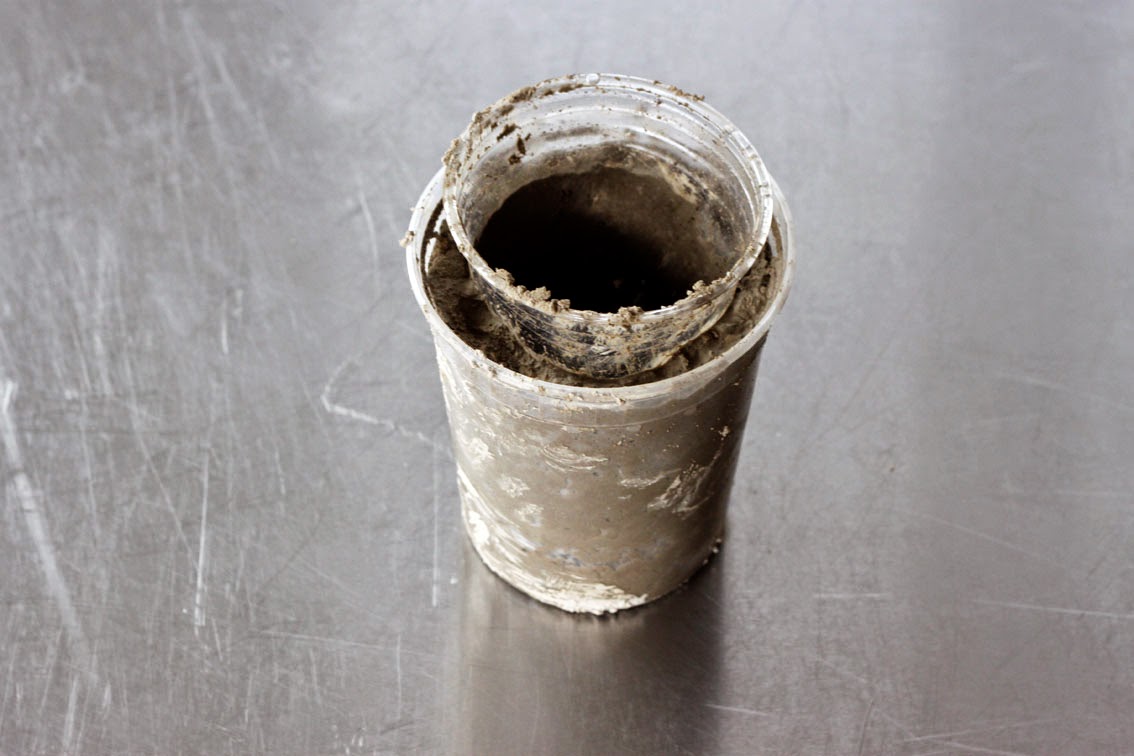 Then you fill the bottom with concrete and place the smaller container in the middle and fill in any remaining space between the two containers with more concrete. ( again make sure it's very oily )

I didn't do it but, if you want a planter with a drain I guess you can add in the bottom a piece of a cork or something with a smaller diameter that you'll remove after. ( make sure it's oiled )

You wait until it's dry. ( depending on the mix you are using ) 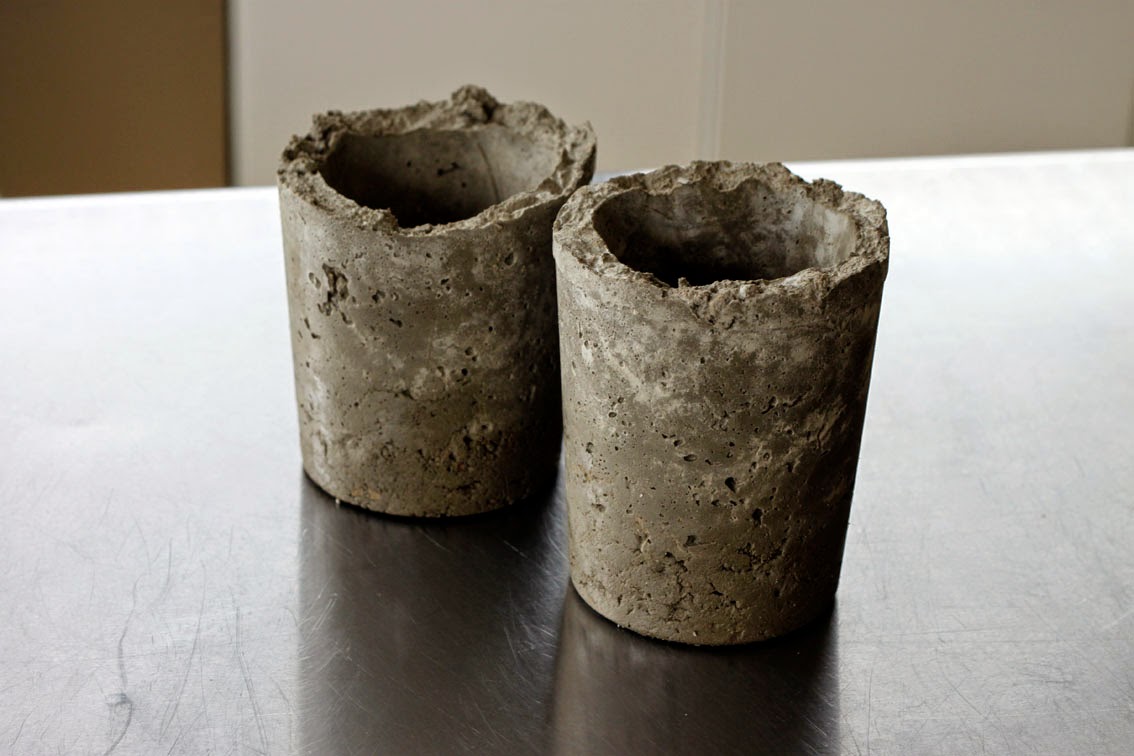 And tada !  I made 2 of them just to make sure one of them would succeed for the picture and they both worked ! 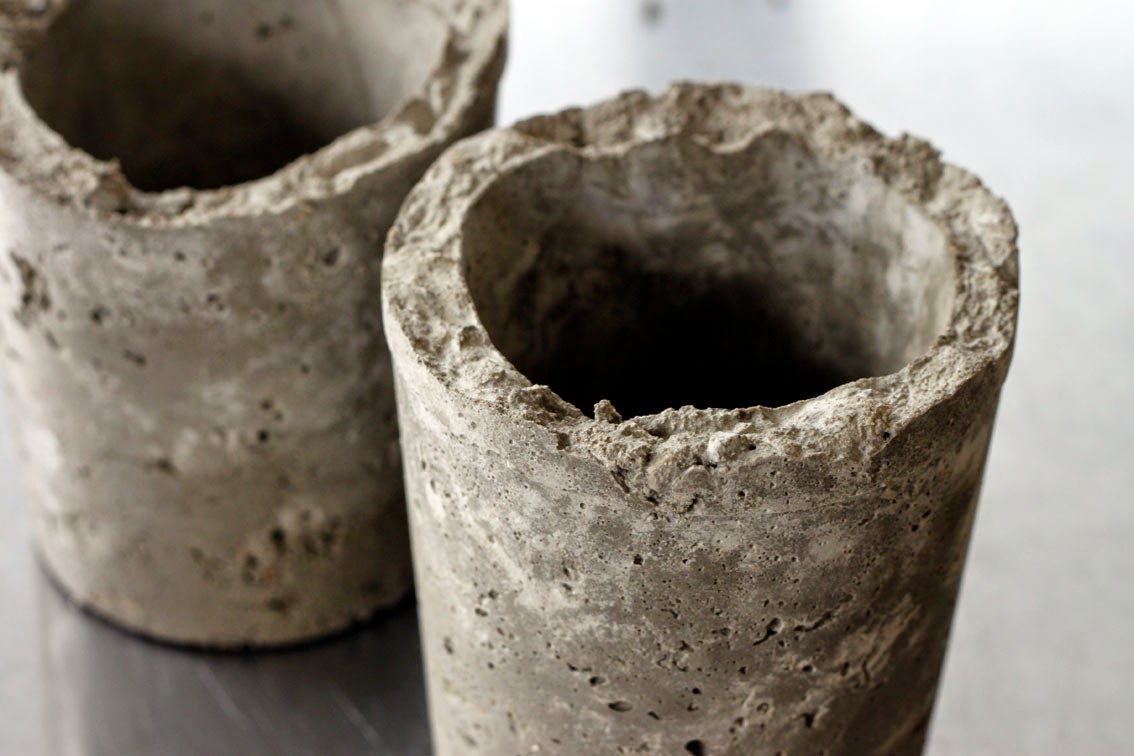 Isn't it sweet ?  It's perfect for a gift as well with a cute little plant in it. 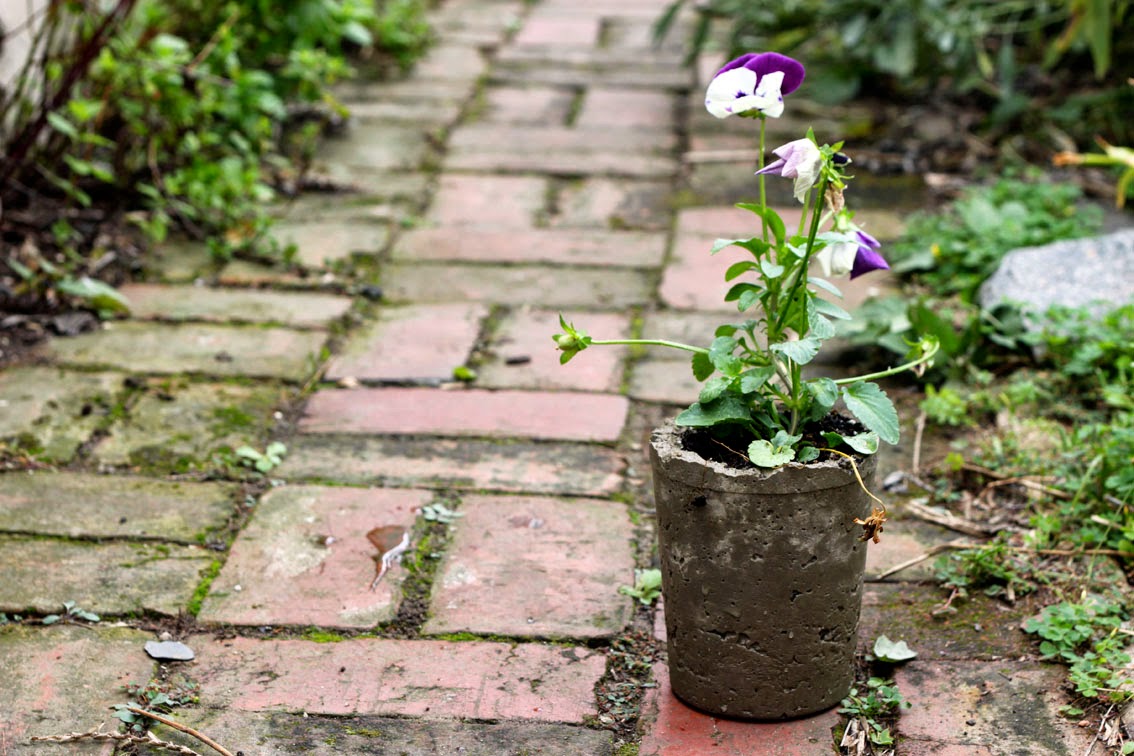 These pansies found a new home 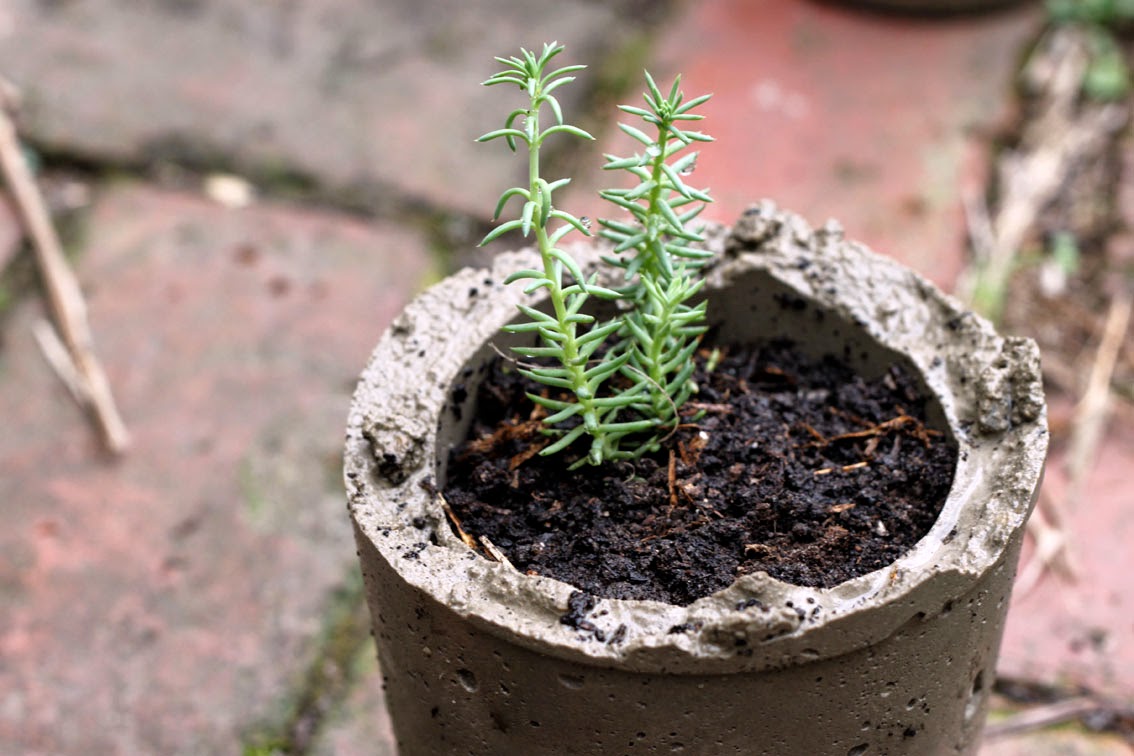 And my little succulent can grow until it will need a bigger pot...

Have fun making these !