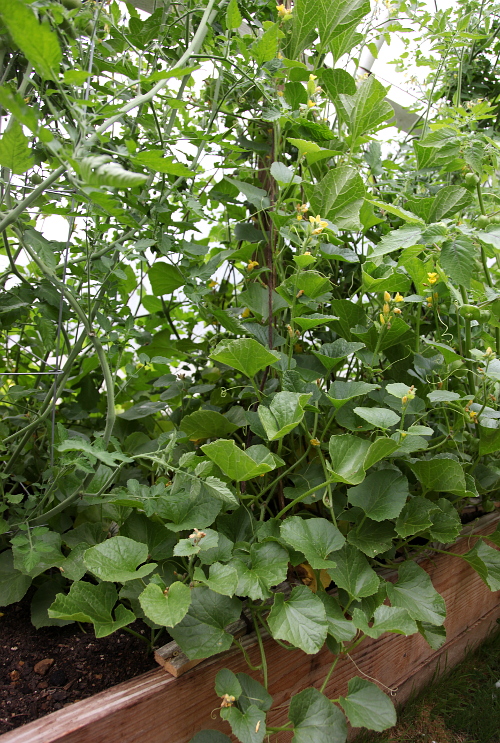 A while back I talked about how I was hand pollinating my melons for the first time this year, since they are growing in a hoop house. With quite a bit of fruit growing now, I thought I'd report back. Pollination has been pretty successful. 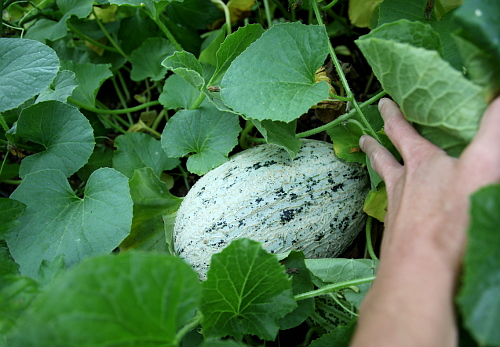 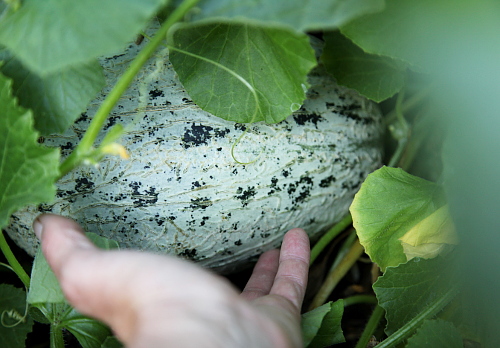 This melon is the largest of them (and seems quite large for this variety's average size!), and was the first one I pollinated. I started out pollinating with a little piece of jute, but found that a small watercolor paintbrush really made the job easier. I picked up a little bundle of watercolor brushes for less than a dollar at the thrift store. 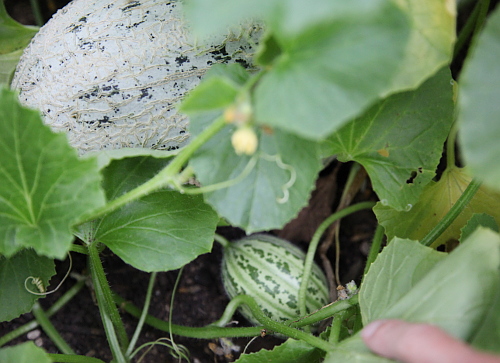 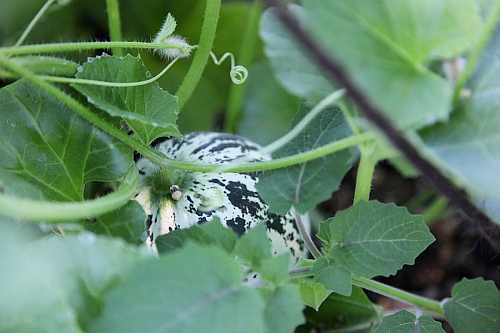 I count 4 or 5 melons that I know for sure I pollinated myself, but I have also had more help than I expected, so I've gotten lazier about doing it myself. 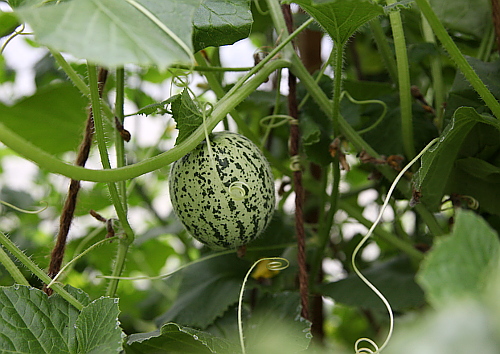 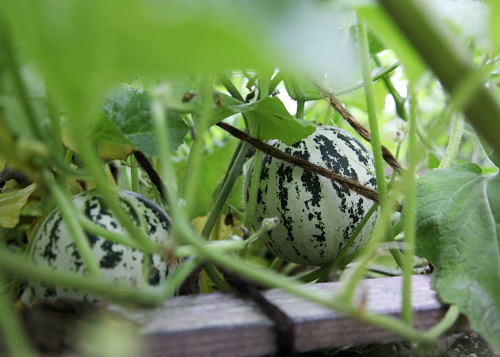 I spotted a honey bee in the hoop house one day, and there have been a number of mason bees as well. It's definitely not buzzing with bees in there, but apparently there are enough, because there are quite a few fruits on the vines. 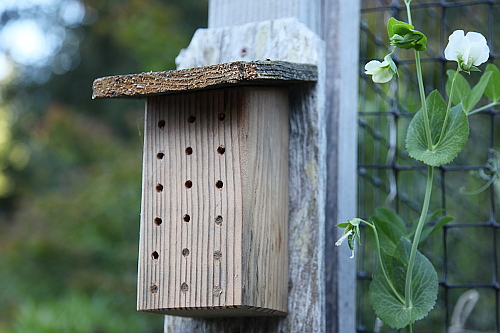 And speaking of mason bees, the houses we put up have some residents. Within a week, 6 holes filled up in the first house. We were able to watch some of the action even. The second house, which we put up a little later, has one hole occupied. It's pretty late in the season, so this might be it, but it was great to see them go to use so quickly. Next year they will have an earlier start.

Did anyone try making their own mason bee house?
Posted by Abby at 8:03 PM